Behind the Show #1: An Interview with James O’Neill 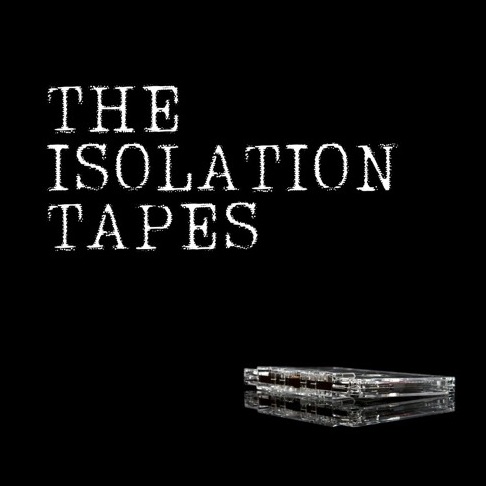 James O’Neill is a local freelance sculptor and frequent contributor to HSpark Radio, having been at the station for over two years.

His shows include the ten-episode series The Other Place, a dark humour filled faux-radio show plagued by disruptive listeners, sinister advertising and a host bombarded with death threats.

His most recent project, a series of short dramatic plays inspired in part by The Twilight Zone, was written during the government-imposed lockdown and is aptly named The Isolation Tapes.

At the time of writing, three Isolation Tapes have been released and aired on hspark.co.uk. The characters are complicated, often deceptive in their narrative delivery, and connected through their strong sense of urgency. Conflict reaches a boiling point when they are unable to contain their desires, secrets, and urges.

During this interview, we spoke at length about James’ creative process for his sculpture work as well as writing, the art of leaving the audience guessing and the significance of radio in the modern day.

On the process of sculpting, and the inspiration behind the art

As a sculptor, James’ inspiration comes from a multitude of creative people, from comedy, to drama, to music.

“A lot of [my sculptures] are people I like, people I find impressive, or things I’ve seen recently, like a film or TV show. It might become the manifestation of appreciation for whatever it is that I’m watching.”

Inspired to turn to a more realistic form of sculpting by the revival of Doctor Who in 2005, many of his sculptures depict icons of British entertainment such as Patrick Troughton, Richard Burton and Sir Kenneth Branagh.

The process demands large amounts of time, care and precision; as James notes, “if you’re an illustrative artist, you can rub out stuff, or turn the page over. With sculpture, every time you make something you’re still using that material and so you’re never just having a bit of fun—you’re always committing to something.”

A number of his sculptures have been of actors captured at a certain moment in their career – for example, David Tennant in Doctor Who or Joaquin Phoenix as the Joker – for which James reveals a key element: finding “the middle ground between the character and the actor.” The giveaway, James notes, is “always in the eyes,” and the purpose lies with trying to capture the “energy” of the person. “My work is sort of in-between caricature and realism, but on the softer side—and I think that really helps bring character through and helps the emotion of the expression feel a lot more believable.”

On writing The Other Place and leaving the audience guessing

‘The Other Place’ partly originated from experiences James had as a child, on family holidays to Canada where he would listen to the radio late at night to drift off to sleep. “It would always be a station called Coast to Coast, which [late at night] would become quite a strange phone-in show where people would call in the host with their bizarre stories of aliens and ghosts and things. And they’re all mad, I mean completely mad—people phoning in and saying they’re from the future and stuff like that.”

‘The Other Place’ follows in a similar vein: the late night call-in show of James’ childhood develops into a “strangle little world,” heightening the more dark and unnerving aspects of the show. Dark comedy is at the forefront: radio host Jeffrey Hammond, disguising a dark secret himself, pleads with his listeners to “please stop sending these death threats.” Call-in topics include one listener reporting on the rare sighting of dogs in trench coats smoking cigarettes—“I couldn’t make out the brand though.” Between the comedic elements of the show, moments of suspense are built throughout by a slow build-up of ominous background music, and calls cut short by listeners who threaten to blow the lid off of Jeffery’s persona. “We know what you did,” is a phrase uttered by one of the callers that haunts the succeeding episodes.

The idea of creating a world around that which is ‘other,’ and flaunting between reality and illusion is a common thread for all of his works at HSpark Radio. “I love the idea of not quite lying to the audience, but making them wonder if it’s real or not.”

The distorted world of The Other Place is also present within The Isolation Tapes. Influenced by the suspense elements of storytelling shows such as Inside No. 9 and The Twilight Zone, as well as James’s own philosophy of writing “something that you yourself would like to read,” The Isolation Tapes are a combination of everything James loves in a story: “a bit spooky and a bit odd…I like ghost stories and spooky stuff because I suppose I’m agnostic–maybe hopeful that these things are real.”

The stories in ‘The Other Place’ and ‘The Isolation Tapes’ are brought to life through their audio format. The benefits of audio for storytelling are something James sees as “liberating,” with the freedom to create and produce stories from your own home. “There’s a very cliche joke about radio which is that the scenery is just so much more convincing. You can tell a lot of the story in the space of 15 minutes because you can jump about a bit – you can play with the environment that the reader is listening to. You can immediately convey a sense of atmosphere using just a piece of music, or lack of music, or by pitching the dialogue just right, and I find that very accessible and very rewarding.”

James talks about the community feel of his experience with HSpark Radio and the opportunities that have arisen. One project in particular, written by James, came about through his connections with the radio, and is due to be shot later on this year. “There is a wonderful feeling that you can just do what you want. […] It’s because of these weird connections that you make from just going to these things, that you have no idea where you’ll end up, and it’s incredibly exciting. And I wouldn’t be here without it.”

You can listen to all three episodes of The Isolation Tapes here, and view James’ sculptures here.

This website uses cookies to improve your experience while you navigate through the website. Out of these, the cookies that are categorized as necessary are stored on your browser as they are essential for the working of basic functionalities of the website. We also use third-party cookies that help us analyze and understand how you use this website. These cookies will be stored in your browser only with your consent. You also have the option to opt-out of these cookies. But opting out of some of these cookies may affect your browsing experience.
Necessary Always Enabled
Necessary cookies are absolutely essential for the website to function properly. These cookies ensure basic functionalities and security features of the website, anonymously.
Functional
Functional cookies help to perform certain functionalities like sharing the content of the website on social media platforms, collect feedbacks, and other third-party features.
Performance
Performance cookies are used to understand and analyze the key performance indexes of the website which helps in delivering a better user experience for the visitors.
Analytics
Analytical cookies are used to understand how visitors interact with the website. These cookies help provide information on metrics the number of visitors, bounce rate, traffic source, etc.
Advertisement
Advertisement cookies are used to provide visitors with relevant ads and marketing campaigns. These cookies track visitors across websites and collect information to provide customized ads.
Others
Other uncategorized cookies are those that are being analyzed and have not been classified into a category as yet.
SAVE & ACCEPT